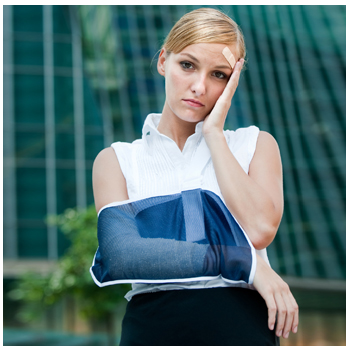 At the beginning of March, ProPublica and NPR released a report on “The Demolition of Workers’ Comp”, which paints a bleak picture for anyone with the misfortune of being injured on the job. The report includes information about efforts to overhaul the workers’ compensation system in almost every state with changes that include independent medical reviews and payout reductions.

The attention the report has drawn serves as a good reminder of the importance of workers’ comp insurance and making sure your workplace is as safe as possible. I’ve been reading a lot about this report and other workers’ comp issues this week. Here are some articles and blog posts I believe you’ll find helpful if your employees or leadership at your organization are concerned.

The Demolition of Workers’ Comp. ProPublica: “Where a worker gets hurt matters. Because each state has developed its own system, an amputated arm can literally be worth two or three times as much on one side of a state line than the other. The maximum compensation for the loss of an eye is $27,280 in Alabama, but $261,525 in Pennsylvania…Presented with ProPublica and NPR’s findings, Sen. Bob Casey, D-Pa., one of the leading worker advocates in Congress, said the changes undermine the basic protections for injured workers. The rollback ‘would be bad if it were happening in one state,’ he said. ‘But the fact that a number of states have moved in this direction is disturbing and it should be unacceptable to people in both political parties.’”

The Workers’ Compensation System Is Broken — and It’s Driving People Into Poverty. The Washington Post: “There are two main components to the financial implications of a workplace injury. The first is the legal status of the people getting injured. A staggering number of workers in the construction industry are misclassified as independent contractors, which means they’re not entitled to workers’ compensation payments. Also, more of them are employees of temporary staffing agencies, who tend to be less well-trained and less likely to report their injuries. Businesses will often contract out their most dangerous work, which allows them to keep their own workers’ compensation premiums to a minimum.”

The Puzzling Geography of Workers’ Compensation. The Atlantic: “Workers’ comp, the report reminds us, was a bargain between business and labor struck at the outset of the Industrial Age: ‘Workers gave up their right to sue their employers—even in cases of gross negligence—protecting businesses from lawsuit judgments that could bankrupt them.’ And in return, ‘if they were injured on the job, their employers would pay their medical bills and enough of their wages to help them get by while they recovered.’ But that bargain has changed, dramatically yet quietly. ‘The cutbacks have been so drastic in some places,’ the report says, ‘that they virtually guarantee injured workers will plummet into poverty.’”

Employers And Insurers Gain Control In Workers’ Compensation Disputes. NPR: “…independent medical reviewers in California uphold insurance companies more than 90 percent of the time, according to Alex Swedlow of the California Workers’ Compensation Institute, an insurance industry research group…Swedlow adds that in the new system, most injured workers get the treatment their doctors prescribe. Only 5 percent of workers’ comp cases are challenged and go all the way to independent medical reviewers, according to his data. But that data also showed that a significant number of workers are affected.”

Is Workers’ Comp Slipping Away? Bankrate: “But Richard Victor, executive director of the Workers’ Compensation Research Institute, took exception to the conclusions drawn by the report, which he says were based on the ‘emotional anecdotes’ of the workers interviewed. ‘Are the anecdotes the exception or the rule?’ he asked, in that same Insurance Journal story. ‘We should always strive to minimize the number of workers who fall through the cracks.’”

Concerned about whether your workers’ comp insurance coverage meets your needs? Contact us for help.

HR Solutions is a human resources outsourcing firm based in Baton Rouge, Louisiana. We eliminate human resources headaches for businesses with 10 to 1,000 employees by handling their payroll, employee benefits, regulatory compliance and other staffing needs. Contact us to learn how we can streamline your company’s human resources function to save money and reduce risk.